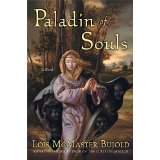 Must Read for the 3-D characters who portray what heroic really means and a universe that is as multidimensional as the people in it. This is a fantasy and the sequel to The Curse of Chalion. Read Curse first. 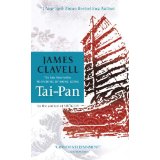 I periodically reread Clavell's Asian Saga for the amazing stories and vivid characters. TAI-PAN is the second in the series and is set during the founding of Hong Kong. With a tightly plotted story and an unforgettable main character--Dirk Straun--Clavell proves he is a mastery storyteller. Good read

WRITTEN IN MY OWN HEART'S BLOOD Diana Gabaldon: Historical Fiction 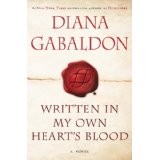 Diana Gabaldon has again crafted an amazing story, a masterpiece that ties up the threads from its predecessor, AN ECHO IN THE BONE, with a roller coaster of a ride. She writes every single one of her POV characters' hearts, minds, and souls with humanity. WRITTEN IN MY OWN HEART'S BLOOD is my second favorite of all the Gabaldon books. But be forewarned: There's more coming in this story. As always Diana Gabaldon's book is an absolutely Must Read!
Posted by Zan Marie at 12:30:00 AM