Susan Meissner's books first came to my attention through an article in the American Christian Fiction Writers Association journal. She was included in a list of Christian literary fiction writers and I had to investigate. I started with A Sound Among the Trees. I've been mesmerized by her lyrical prose, intricate plots, and deep characters ever since. 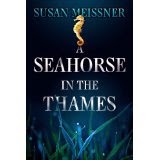 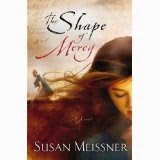 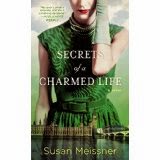 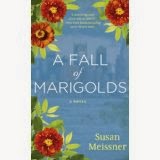 Here’s my mini book review of my latest Susan Meissner read:
Secrets of a Charmed Life is a lyrical exploration of the effects the choices we make have on our lives. Set in the disruptive time of the Blitz of London and the evacuation of the city's children, the story will hold you mesmerized. A Must Read.

ZM: I’m so thrilled that I get a chance to interview a writer whose writing embodies what I’m reaching for in my own work. This quote from your interview on Women’s Fiction Writers says it all to me:

“I was a Christian who wrote fiction, so I started out writing Christian fiction thinking that’s where I belonged. But I found that what I was really writing was fiction that fit my worldview, which happened to be Christian. I knew I was more like a baker who is a Christian and who wants to bake amazing bread that people can’t stop talking about rather than a baker who bakes Christian bread.”

Tell us about your journey into publishing.

Susan: I can’t remember a time when I didn’t love to write. It’s always been an itch that I had to scratch. I started out career-wise in journalism, but after ten years in newspapers, I knew what I really wanted to write was fiction. I quit my job as editor of a little weekly newspaper to write my first novel. It was published, by the goodness and favor of God because I had no idea what I was doing, in 2004. I’ve been writing books ever since. I started out in the inspirational market but moved to the general marketplace in 2014. Secrets of a Charmed Life is my sixteenth novel.

ZM: I love how many of your books weave the past with the present. What was the process that led you to this type of storytelling?

Susan: I’ve always liked mulling over how the past informs the present. History shows us what we value, what we fear, what we are willing to fight for, and what we don’t want to live without. When two separate and perhaps even unrelated story lines revolve around the same theme, we can see that there are aspects about us that don’t change, even though the years change. In The Shape of Mercy, which is the first book I wrote using this kind of past and present construction, I used a diary to link the two stories together. That book seemed to strike a chord in my readers. They wanted more books like that. In Lady in Waiting I used a ring to dovetail the story of Lady Jane Grey with a modern-day Jane. In A Fall of Marigolds the item that bridges both stories is a scarf. With Secrets of A Charmed Life, Thistle House is the constant in every time change as are the paintings of the Umbrella Girls.

ZM: I’ve classified your books as literary fiction, but I want to include them as women’s fiction, too. Would you agree? Do you think women’s fiction is limiting for writers? Do you favor a specific genre?

Susan: “Women’s Fiction” is really just a way of describing a novel’s intended audience rather than how to find that book by genre in a bookstore or online. Men read literary fiction, but would not necessarily read what is classified as Women’s Fiction. WF can have a decided literary feel, but it’s not targeted to male readers. It can also have a definite comedic slant, which I don’t think of as being literary in tone.  I have heard my kind of book called an “upmarket novel,” which Writers Digest defines as literary fiction with commercial appeal – my favorite genre.  I don’t think classifying my books as Women’s Fiction has any kind of limiting effect if we understand it’s just a way of describing who the books are primarily for.

ZM: Ha! I like the sound of "commercial appeal", too. Many craft books stress that writers must read and read a lot. Who is your favorite author, or what is your favorite genre? What draws you to a book you read for enjoyment?

Susan: I have a number of favorite authors whose storytelling skills just amaze me. Two of those writers are Geraldine Brooks and Kate Morton. I like books that deal with historical events and multiple time periods, and that are peopled with memorable characters. I can usually tell by the first two or three chapters if a book is going to completely woo and wow me. What I am usually carried away by is voice. Every novelist I love has the ability to give their characters a believable voice. The books I like best are the ones where I forget the author even exists and that I am reading stuff she pulled out of her imagination.

ZM: Finally, what question do you wish interviewers would ask, but they never do?

Susan: What a fun question! And a hard one… I suppose I wish interviewers would ask if writing novels gets easier the more I write so that I could answer with an emphatic “No!” I used to be under the impression that when you do something long enough it becomes second-nature to you. But that’s not the case with writing novels; at least it’s not that way for me. Even though I’ve written sixteen books, I still approach every blank page with a healthy dose of apprehension and trepidation. I raise the bar higher with every book I write but I still start out the same way when I begin a new one – with a whole lot of nothing. That part thrills me, but it also scares me to death. Starting a new book always feels like I am writing one for the first time and haven’t a clue as to what I am doing!

Susan Meissner is a multi-published author, speaker and writing workshop leader with a background in community journalism. Her novels include A Fall of Marigolds, named by Booklist’s Top Ten women’s fiction titles for 2014, and The Shape of Mercy, named by Publishers Weekly as one of the 100 Best Novels of 2008. A California native, she attended Point Loma Nazarene University. Susan is a pastor’s wife and a mother of four young adults. When she’s not working on a novel, Susan writes small group curriculum for her San Diego church. Visit Susan at her website: www.susanmeissner.com on Twitter at @SusanMeissner or at www.facebook.com/susan.meissner
Posted by Zan Marie at 12:30:00 AM 14 comments: