Amara Royce and Her Debut Novel—Never Too Late (And a book give away!)

I met Amara Royce at the Books and Writers Forum, of course. ; ) There’s no better place to meet new authors and trade critiques and tips on craft. Amara’s wonderful debut novel Never Too Late was published May 2 and I read it in less than two days. It’s a great read and I’m thrilled to post an interview with Amara. Check out her website at amararoyce.com.

(Amara's publisher will be giving away a of the ebook to a random commenter. Be sure to read to the end for details. ; )

Expect the unexpected, especially in a room filled with books…


Honoria Duchamp is well aware that men often consider widows easy prey for the role of mistress. What else could explain the attentions of handsome Lord Devin, and his visits to her bookshop? The much younger Viscount has even shown interest in the printing press with which she creates pamphlets on London’s basest injustices. Yet his chief interest appears to be in her…


Coerced to investigate Nora’s controversial pamphlets, Devin expected to find a bookish matron. Instead, he is taken with Nora’s womanly beauty, sharp intellect, and quick wit. Soon, what begins as an unwelcome task becomes a pleasure, and Devin’s job becomes more dangerous—for them both. For Nora has no idea of the vicious element she’s crossed. Now Devin will risk his reputation to protect her—and much more to win her love…


Never Too Late is a rousing romance with a big heart for the social ills of Victorian England. Add a wonderful flip of the usual older hero/younger heroine and it moves into welcome new territory for romances.


ZM—What draws you to the Victorian Era?
Amara—First, THANK YOU so much, Zan Marie, for this opportunity and for your kind words about NEVER TOO LATE! It’s a pleasure to be here and chat with you about my work!


I’ve been interested in the Victorian Era since I was an undergraduate in college. If I had to guess, I’d say it was sparked by my first British Literature II class, although can’t remember the assigned readings anymore. The catalyst was most likely Charlotte Bronte’s Jane Eyre, which is so atmospheric and dramatic. And yet, my appreciation and understanding of Victorian literature is so much deeper now than it was back then. The literature and the time were so complex, so multivalent, and so contradictory in many ways. There were some sharp cultural shifts going on that made the Victorians challenge their beliefs and values and even their understanding of reality. For instance, Darwin’s work and other Victorian scientific discoveries really destabilized what people knew about how the world works. Ultimately, so much of what we “know” today and perhaps even accept as “tradition” really comes out of the Victorian age.


ZM—Where did the idea for the “Evans Principles” come from? They fit each chapter perfectly, enlightening and titillating at the same time.


Amara—Thanks! I’ve seen such chapter starters used by other historical romance novelists, and I love how they use the technique to hint at the chapter’s events and to tie the novel together! For example, Julia Quinn used Mrs. Whistledown articles to start chapters throughout her Bridgerton series, and Sarah Maclean used a similar technique in her Rules trilogy. As for the “Evans Principles” themselves, well, those were pure fiction, based on what kind of advice I thought a concerned and doting father would leave to his daughter when passing along the family business. Sometimes, a principle popped into my head and I constructed a chapter around it; other times, the chapter came first and I figured out the rule afterward.  I’m glad they worked for you!


ZM—Your heroine is older than the hero and I love that. What’s been the reaction to that flip of the usual romance pattern?


Amara—So far, it’s been really positive, at least as far as I can tell. Even as I drafted the story, I wondered how the unusual coupling (no pun intended!) would be received. But that’s how the characters came out.  And I would understand if some potential readers decide the older heroine/younger hero trope isn’t for them—we all have our personal likes and dislikes. Overall, I think people are intrigued and interested in historical romances that feature women over age 28, in part because such heroines are relatively rare. Perhaps it will be a new trend! J


ZM—Tell us about your journey from draft to publication. How did you like working with Kensington Books?


Amara—I started writing Never Too Late at a pivotal time in my life, a time when I seriously doubted my writing ability. I started out writing literary fiction, and it was going poorly. I went through a very long dry spell, and it seemed like every word I put on the page was tortured and inadequate. I was on the verge of giving up writing entirely.


As for the path to publication, I still feel like I’m going to wake up from an impossible dream any minute now. I started querying agents in June, 2012, and received some requests for material, which in itself was a very pleasant surprise. But querying doesn’t generally go very quickly. As I waited for responses (and collected rejections too), I got impatient and queried a few publishers that don’t require agented submissions. When I got The Call from my now-editor John Scognamiglio at Kensington, I was so shocked I probably sounded like a blithering idiot. So I ended up getting an agent with Kensington’s book offer in hand—and Jessica Alvarez of BookEnds is a dream agent! (Seriously, I started querying in June and had both a book contract and an agent in early September.  This just doesn’t happen, right? I just *know* someone will pinch me soon and I’ll go back to real life.)


Working with Kensington is wonderful. Everyone is very responsive and helpful and supportive! I’m looking forward to working with them for Book 2 (and possibly more)!


ZM—I loved your release party! Would you do it that way again?


Amara—Yes! I got the idea from fellow BookEnds authors, Melissa Cutler and Sharla Lovelace. They’ve hosted two “write-in” days on Facebook, one in December and another in April, where BookEnds authors and other writers spent the day doing writing sprints and cheering each other on. During breaks between sprints, BookEnds authors gave out virtual party favors, such as book swag, free books, and gift cards. I had so much fun with those “write-ins” that it made sense to use the same sort of format for my own book release party.


I might tweak a few things next time, like scheduling the party for a shorter time period. I also definitely hope that my next release party isn’t scheduled during such a chaotic and demanding time in my academic calendar! Still, I had a great time, and I hope everyone who joined me did too!
ZM—What’s next for you? Do you have a new book in the wings? (I hope…; )


Amara—Thank you! I’m currently working on Book 2 for Kensington, tentatively entitled ALWAYS A STRANGER. It’s set in the same world as NEVER TOO LATE and will feature cameos by several NTL characters. AAS focuses on a Japanese performer in the Great Exhibition of 1851, whose “troupe” turns out to be a front for sex-trafficking. Her employer plans to sell her to the highest bidder. The hero is a member of the Royal Commission of the Great Exhibition, who has been charged with confirming that all the performers at the Exhibition are properly contracted and beyond reproach. As he slowly uncovers the truth about the Asian troupe, he becomes enamored of the Japanese performer and is determined to save her from a fate worse than death. She isn’t the only one at risk, though. And even if she and her companions can be freed, there’s no guarantee she’ll be accepted into his life legitimately.


Amara—This isn’t an easy answer for me. How much time do you have? J I have multiple favorite genres and therefore favorite authors within those genres. I suppose my “go to” genre is literary fiction, especially classics…mostly classics from the Victorian era. So, in that area, one of my favorite authors is George Eliot/Mary Ann Evans. In contemporary fiction, I’m also a big fan of A.S. Byatt and Haruki Murakami and Diana Gabaldon. But I also love historical romance and have lots and lots of favorite authors in that genre…and it seems more favorites pop up every day!


As for what draws me to a book I read for enjoyment, honestly this varies widely for me too.  I suppose I’m most drawn to books that incorporate history, do interesting and unusual things with literary techniques (like voice and figurative language and structure), and are basically mind-blowing.
ZM—Finally, what question do you wish interviewers would ask, but they never do? 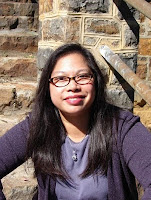 Amara Royce writes historical romances that combine her passion for 19th-century literature and history with her addiction to happily ever afters.

She earned a PhD in English, specializing in 19th-century British literature, from Lehigh University and a Master's degree in English from Villanova University, and she now teaches English literature and composition at a community college in Pennsylvania.

When she isn't writing, she's either grading papers or reveling in her own happily ever after with her remarkably patient family.

Interested in a copy of Amara's wonderful Never Too Late? Include your email in the comment and I'll pick a winner by random. Amara will email you the details for how to pick up your copy. ; )
Posted by Zan Marie at 12:30:00 AM 32 comments: