I’ve read Barbara’s SAVING GRACE, CAFÉ NEVO, ROWING IN EDEN, and A DANGEROUS FICTION. I love all of them. Each is unique, compelling, and populated by wonderful characters. This across-the-board excellence is the mark of a great writer. Barbara Rogan is just that and a fabulous writing teacher, too. Besides regularly facilitating writing exercises at the Books and Writers Forum, she also teaches for Writers Digest’s online school and her own Next Level Workshops. For a full appreciation of her love of helping writers, you have to visit her blog—In Cold Ink—too. 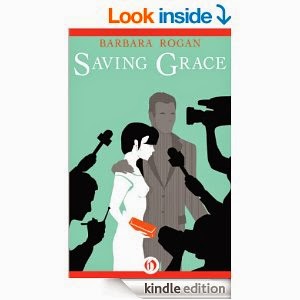 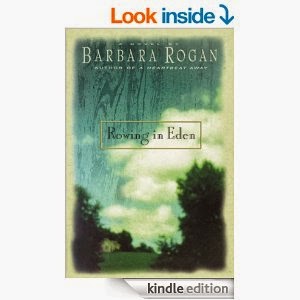 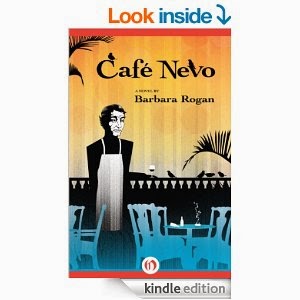 I met Barbara Rogan at the CompuServe Books and Writers Forum when I became a member in late 2008. Her ability to teach, mentor, and write showed through immediately. She has worked in all areas of publishing as an editor, agent, and writer.  On August 13, 2013, I interviewed Barbara when A DANGEROUS FICTION was published and I thought it was time to catch up with her.
<><><><><>
ZM: You’ve worked in all aspects of publishing. What’s been your favorite part of the publishing business?

Barbara: That would undoubtedly be the people I got to work with when I was a literary agent. I was an agent during what in retrospect seems like the heyday of publishing, and I had the pleasure of working with some of the great publishers, like Roger Straus Jr. of FSG, Barney Rossett of Grove, and Bob Gottlieb of Knopf. I was 23 years old when I founded my agency, and to them, I must have looked like a kid who ought to be working in the mail room. But they treated me with the utmost respect and collegiality, considered my submissions seriously, and talked up the books on their current lists. I got to know some amazing writers as well: Isaac Bashevis Singer, Nadine Gordimer, and Madeleine L’Engle in particular stand out.

ZM: You’re blog covers all sorts of craft and marketing tips. I particularly like your interviews with industry insiders. What’s been the best part of blogging for you?

Barbara: As a writer who has worked in the publishing industry, I’ve seen that world from both sides. There are so many misconceptions and myths circulating among writers that I felt compelled to try and put a different perspective out there, demystify the industry a bit. So that is satisfying, and so are the many friendships I’ve struck up through the blog.

ZM: New writers often make rookie mistakes. What are some you’ve noticed over the years? If you had to pick one bit of advice for rookies, what would it be?

Barbara: Almost everyone goes through a period of confusion about point of view early on, but that is a natural stage in learning to write fiction. Generally my advice would be for writers to keep working on their craft. Learning to write effectively is a lifelong endeavor that doesn’t stop once you’re published. The best way to break into print is to write a book that, regardless of current trends and issues in the publishing industry, is simply irresistible.

To get there, most writers have to endure rejections along the way, so that is my second piece of advice. Writers need to toughen up, because rejection, though painful, is part of the process and may even be beneficial, in a cod-liver oil sort of way.

ZM: I still say your characters are the best things about your books. Do you have specific exercises for discovering them, or do they just show up when you start a novel?

Barbara: They evolve during the process of writing. I do a lot of preparatory work before I start a novel, and that involves thinking about who the characters need to be for the story I’m trying to tell. But no matter how much I plan and think, the characters don’t come alive until I begin writing them into scenes. Eventually, after multiple scenes, they take on enough heft of their own that they can surprise you.

Barbara: Thank you! It’s coming along splendidly. A lot of the characters from A DANGEROUS FICTION come back in the second book, including Jo’s German shepherd buddy, Mingus. And Jo is revealing secrets I never knew she had. In addition to contending with another murder, Jo is forced in the new book to delve deeper into her own past.

Barbara Rogan is the author of eight novels and coauthor of two nonfiction books. Her fiction has been translated into six languages. She has taught fiction writing at Hofstra University and currently teaches for Writers Digest University and in her own online school, Next Level Workshops.  She lives on Long Island.