{Note to followers: if you want an email when a new post goes up, go the right column and subscribe for emails. Thanks.} 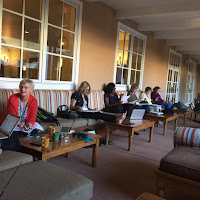 Connections with other writers is key to the wellbeing of the day-to-day writer. Sure, it can be a lonely business, but it doesn't need to be. Find your tribe, your buddies, your fellow genre writers. Next, figure out where you can hang out face-to-face. I promise you won't be disappointed. You'll return to your daily writing rejuvenated and energized.

Add the announcement of the finalists of the 2016 Rising Star and the first ever STAR award to the excitement. I'm honored to be able to share these winners with you.


Albuquerque, New Mexico – September 23, 2016 – The Women’s Fiction Writers Association (WFWA) announced the winners of the Star Award given to authors of published women’s fiction. This is the first year Star Awards have been bestowed, and are the start of an annual tradition.
The Star Award General winner is Scott Wilbanks for The Lemoncholy Life of Annie Aster. Wilbanks is an American living in Auckland, New Zealand.  His book was published in August 2015.
The Star Award Outstanding Debut winner is Kelli Estes for The Girl Who Wrote in Silk. Estes lives near Seattle, Washington, and her book was published in July 2015.

Albuquerque, New Mexico – September 24, 2016 – The Women’s Fiction Writers Association (WFWA) today announced the winners of the third annual Rising Star award given to authors of unpublished women’s fiction.  This is an annual award, and agents active in acquiring women’s fiction chose the winners.
The First Place Rising Star winner is “The Substitute Princess” by Kathleen M. Basi.  Basi lives in Columbia, Missouri.  Her book is about a woman who takes on an actress gig as the substitute princess for the Prince of Monaco’s fiancée to save her family’s deeply in debt Christmas tree farm, and learns that fairy tale love can’t replace love with family connections.

The second place Rising Star winner is “By Accident” by Laura Levin, who lives in Nyack, New Jersey.  This book reveals life’s choices that are made by a family regarding love, marriage, unintended pregnancies, guilt behind a friend’s death and the secrets that are kept as a marriage and lives are tested by a stranger’s phone call.
The third place Rising Star winner is “Shelter Me” by Gabrielle Luthy.  She lives in St. Kilda, Australia.  The character in Luthy’s book is an in-debt surrogate mother who returns to the father of her child for financial help, but entry into the financial world of investors leads to an accusation of embezzlement which forces her to make decisions regarding family, love and honor.

Here's a few pictures to give you a flavor of the conference and the connection I shared, the beauty of Albuquerque and the lovely sky of the area. Enjoy! 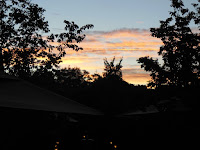 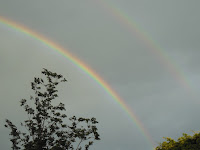 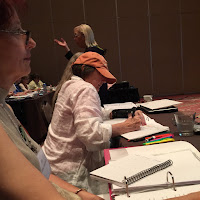 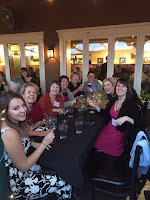 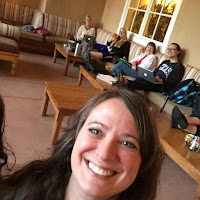